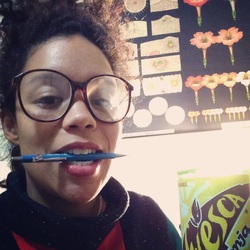 Whit Taylor is a New Jersey-born cartoonist, editor, and comics writer.  She won a 2012 Glyph Award for her comic Watermelon and was nominated for a 2013 Ignatz Award for her series Madtown High.  She has also written about comics for Panel Patter, The Comics Journal, Comics Workbook Magazine, and others.