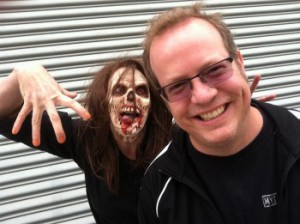 Eric Haven is a comics maestro and television star (by way of Mythbusters….).  A longtime Bay Area fixture, he is best known for such books as Tales to Demolish, published by Sparkplug Comics, and the Buenaventura Press title, The Aviatrix. His work has been featured in the Believer magazine as well as the recent collection, UR (from Adhouse). This Spring, he will be joining the hallowed Alternative Comics roster with his book, Compulsive Comics.

Tales to Demolish
The Aviatrix
Compulsive Comics
UR