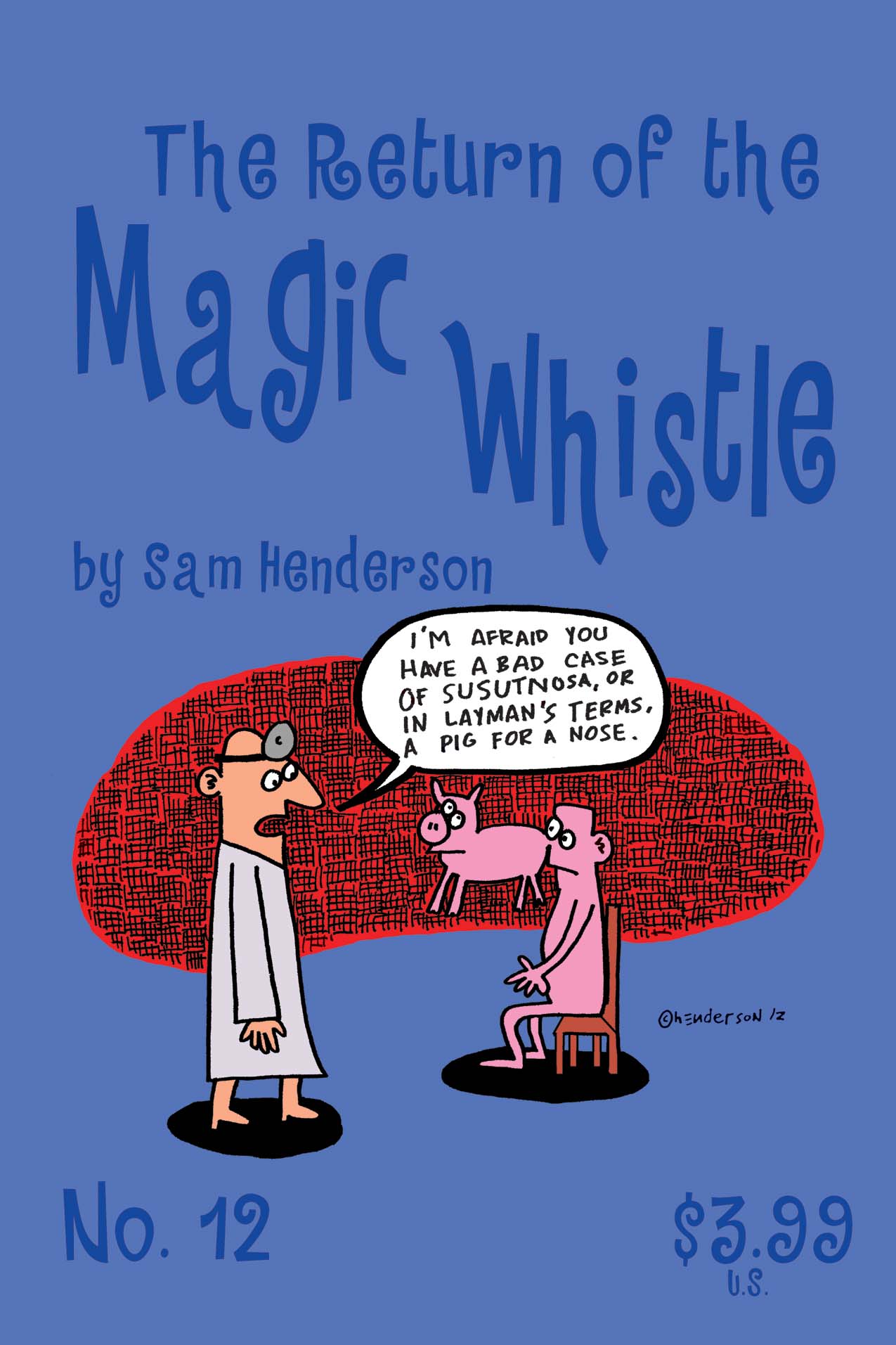 “Not to be too redundant…punching monkeys and cross-dressing as The Thing are all fun and healthy pursuits, but if you were to only purchase one comic book this week, won’t you, in all seriousness, please make it Sam Henderson’s The Magic Whistle #12? Sam Henderson is the type of creative genius that shines, ne’ flourishes in the shadowy backwaters of Comic Books, America’s Secret Pop-Culture Closet. Sam creates squiggly doodles instantly recognizable as equal parts inane and brilliant. The Magic Whistle is like Krazy Kat, but for stupid people. No amount of praise can be heaped upon Henderson. He is one of the most original voices in contemporary American comics. I say all this with complete honesty, though anyone who looks at a Henderson comic for the first time will assume I’m huffing bath grouting. Describing The Magic Whistle is like going to the Zoo to see an earthworm. It takes too damn long and wastes everybody’s time. Just go get Sam Henderson’s Magic Whistle #12. You will see the highest vintage of dick and fart jokes humanity ever produced.” — UnkieDev, The Forbidden Planet’s Daily Planet