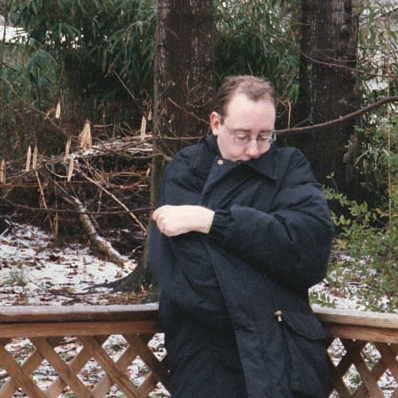 One of the funniest people in comics is Sam Henderson. Henderson’s drawings have the same sort of energy and feel as the classic gag cartoonists, but with a far more twisted take on comedy — extremely low-brow humor that almost parodies low-brow humor — it’s enjoyable on many levels. Join his regular cast of characters: Dirty Danny, The Brube, He Aims To Please, Robot Duckling, Monroe Simmons, and hundreds of others, for a unique and very funny comic book experience. Over the years Sam has contributed to many dozens of anthologies and produced the comic book Magic Whistle for over 20 years. Magic Whistle was nominated four years in a row for a Harvey Award for Special Award for Humor. His Scene But Not Heard comic appeared in every issue of Nickelodeon Magazine from 1996 to 2010. Sam was also an Emmy-nominated writer of a number of Nickelodeon’s SpongeBob SquarePants cartoon shows. His gag cartoons appear regularly in the curiously pink newspaper The New York Observer.

Henderson attended Boiceville, New York’s Onteora High School, graduating in 1987, and the School of Visual Arts in New York City, where he graduated in 1991.  Henderson has been self-publishing xeroxed minicomics since 1980.  In the mid-to-late 1980s he drew and published a comic called Captain Spaz with his friend Bobby Weiss.  The series ended in 1988 as he was busy in college.  In college, he drew a series of minicomics featuring a character known as Monroe Simmons.  In 1993 he began self-publishing his best-known title, The Magic Whistle, now published by Alternative Comics.

In their review of Magic Whistle: Bigger, Larger and Bigger! the San Antonio Express-News wrote that Henderson’s “crude, blobby little scratchings are some of the funniest junk being turned out.” Henderson was nominated for the Harvey Award’s Special Award for Humor every year from 1999-2004.