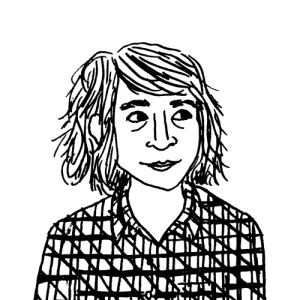 Melissa lives and works in Hancock, Massachusetts, where she grew up. She graduated from Hampshire College in 2006, and from the MFA program at The Center For Cartoon Studies in 2010. In 2010 she also received a Xeric Grant to publish her first graphic novel, Freddy Stories. Her first book with Alternative, Lou, was originally published as a minicomic series by Oily Comics.

Melissa has drawn comics with the  Ladydrawers for Truthout.org and Bitch Media, and illustrated a chapter book called Jack Strong Takes a Stand for Roaring Brook Press. She has also collaborated with Anne Elizabeth Moore on a series about Harvey Pekar, called “Harvey & Me” published in Belt Magazine. She’s currently working on an epic family saga called The Weight, inspired by her grandfather’s life. The Weight is available to read online on her website, MMMendes.com.