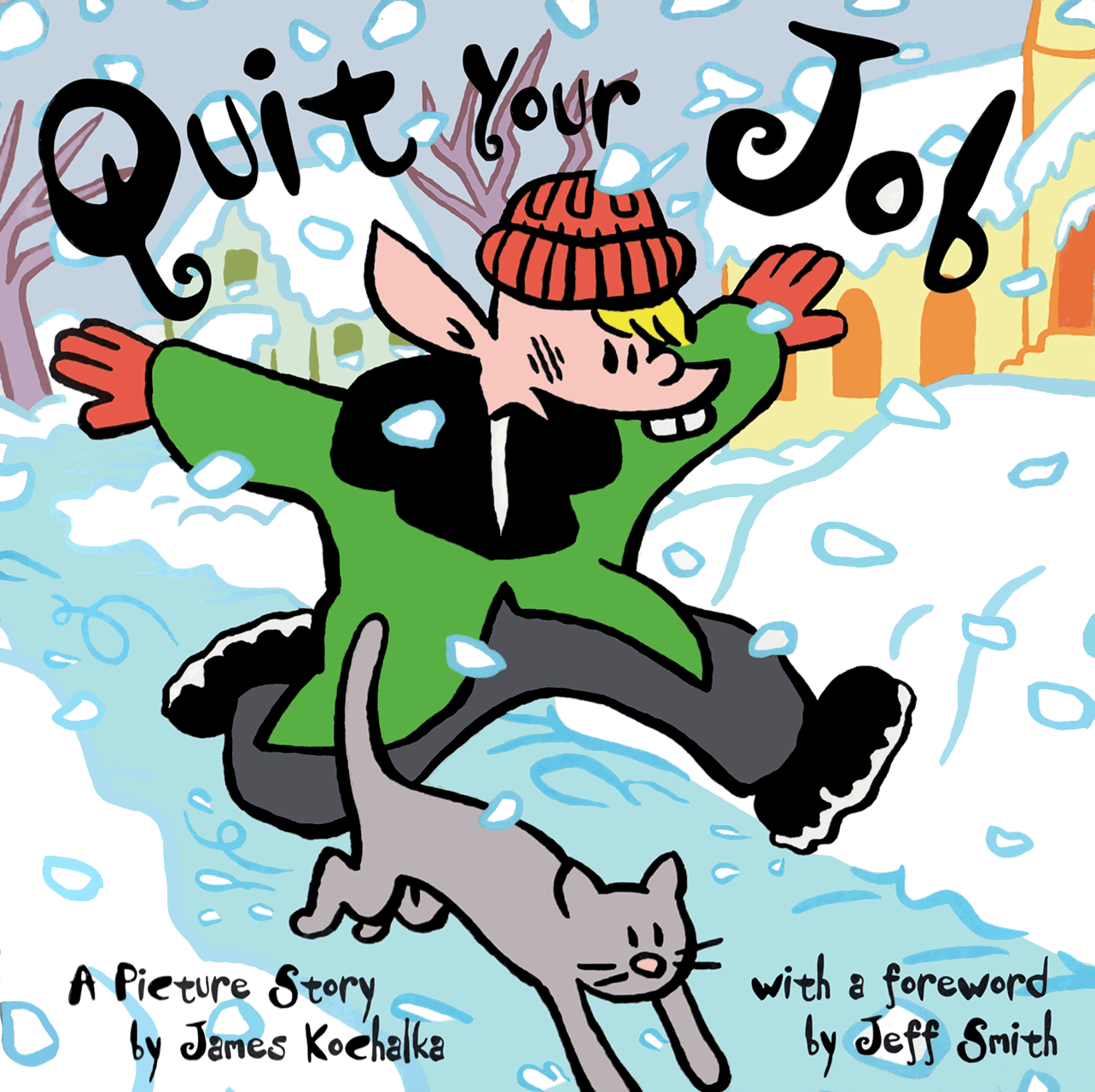 Eisner Award winner James Kochalka has been called “one of the brightest lights of independent comics” and Quit Your Job is a shining example of his genius. On his way to work at the Chinese restaurant, Magic Boy discovers an enchanted ring and determines to make an expedition to the North Pole. He only gets as far as the coffee shop on the next block, but his world is forever changed in the short journey. Design by Michel Vrana. Introduction by Jeff Smith (Bone, RASL)

A second edition with a new introduction by the author is due for release in Spring, 2015.