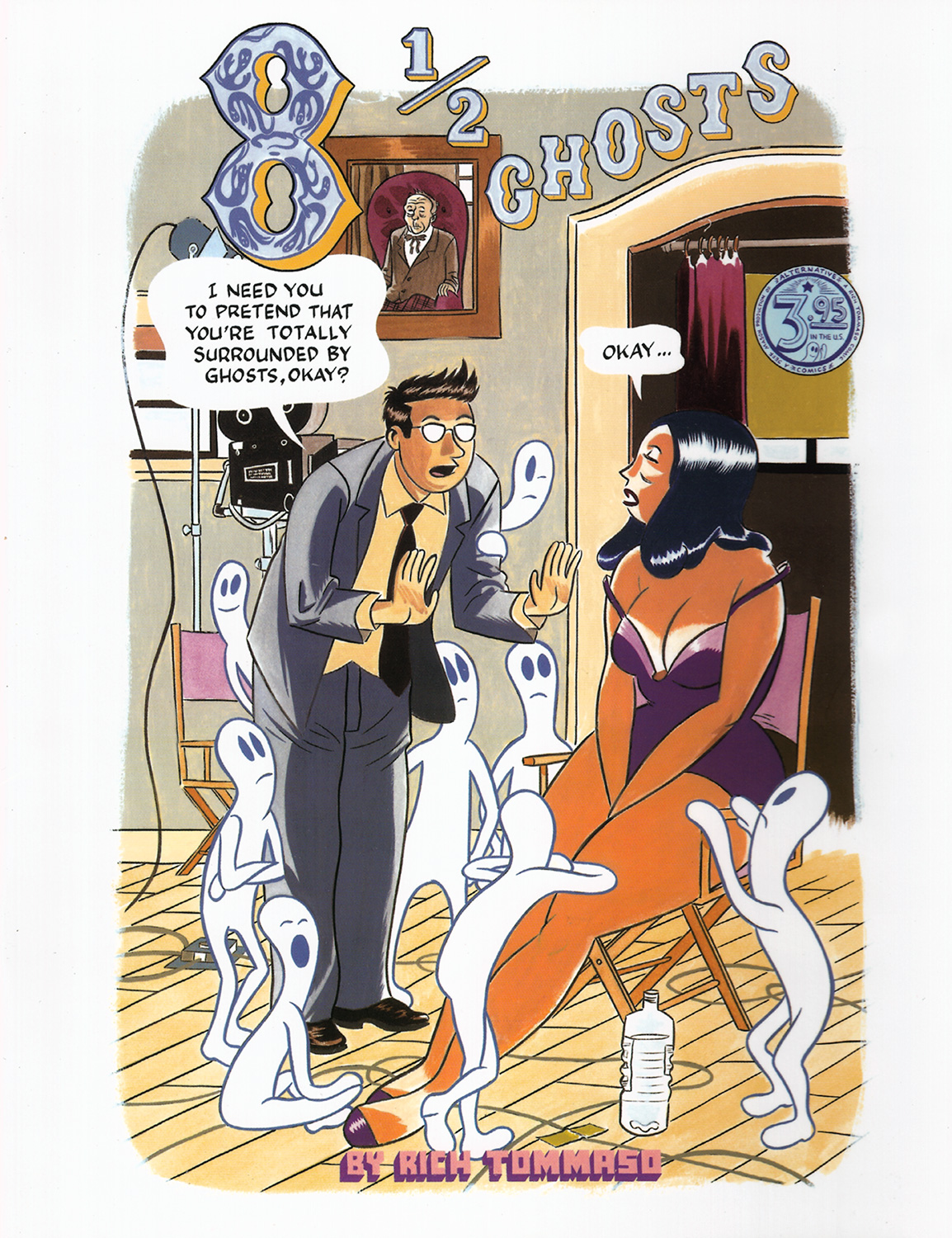 Paul Massina is a B-movie hack who knows he could become an A-list director, if only the studios would kick in more funding for his new horror film. But Fate hands him the perfect low-budget prop — an enormous Victorian home, haunted by eight real ghosts! Once Paul has convinced the specters to perform in his film, all he has to do is keep his actors calm and his film costs low. But what about that 1/2 ghost at the story’s end…? Rich Tommaso’s newest comic, complete in one issue, might be described as a cross between Fellini’s 8½ and William Castle’s 13 Ghosts as reimagined by Jack Cole — but we think you’ll agree there’s never been anything like it!

Rich Tommaso is the author of such comics as “Clover Honey”, “The Horror Of Collier County”, “8 ½ Ghosts”, and the very controversial, “Perverso!” He has been published by Fantagraphics Books, Top Shelf, and Dark Horse Comics. This fall Hyperion Books will be publishing his new graphic novel, “Satchel Paige: Striking Out Jim Crow” written by James Sturm, director of The Center For Cartoon Studies, where Rich also teaches from time to time.