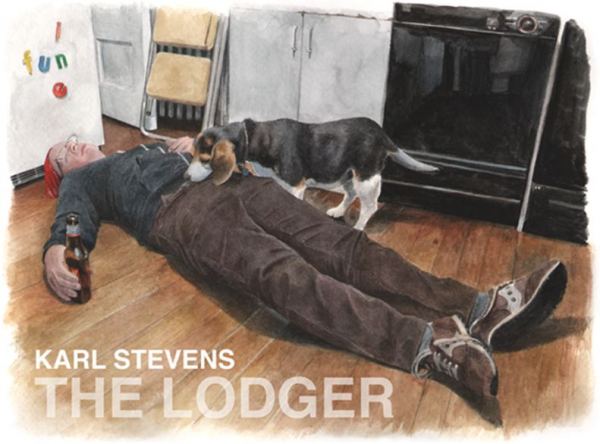 After losing his girlfriend and hip Boston apartment, Karl Stevens moves into a spare room in his painting professor’s home, where his bohemian adventures in sex and boozing converge with the rituals of life with a family and an unruly beagle named Cookie. In a series of humorous, poignant, and gorgeously rendered stories, The Lodger chronicles a tumultuous year in the life of the author as he grows as an artist and a man. Combining comic strips originally published in The Phoenix, Boston’s leading alternative weekly, with exquisite watercolors and oil paintings, The Lodger follows the Xeric-winning and Ignatz-nominated artist s Guilty and Whatever as a penetrating and visually stunning depiction of love, loss, and the moving minutiae of everyday life.

“Warm and heartfelt despite itself, The Lodger is an experimental comic about a less-than-experimental man.” –Publishers Weekly