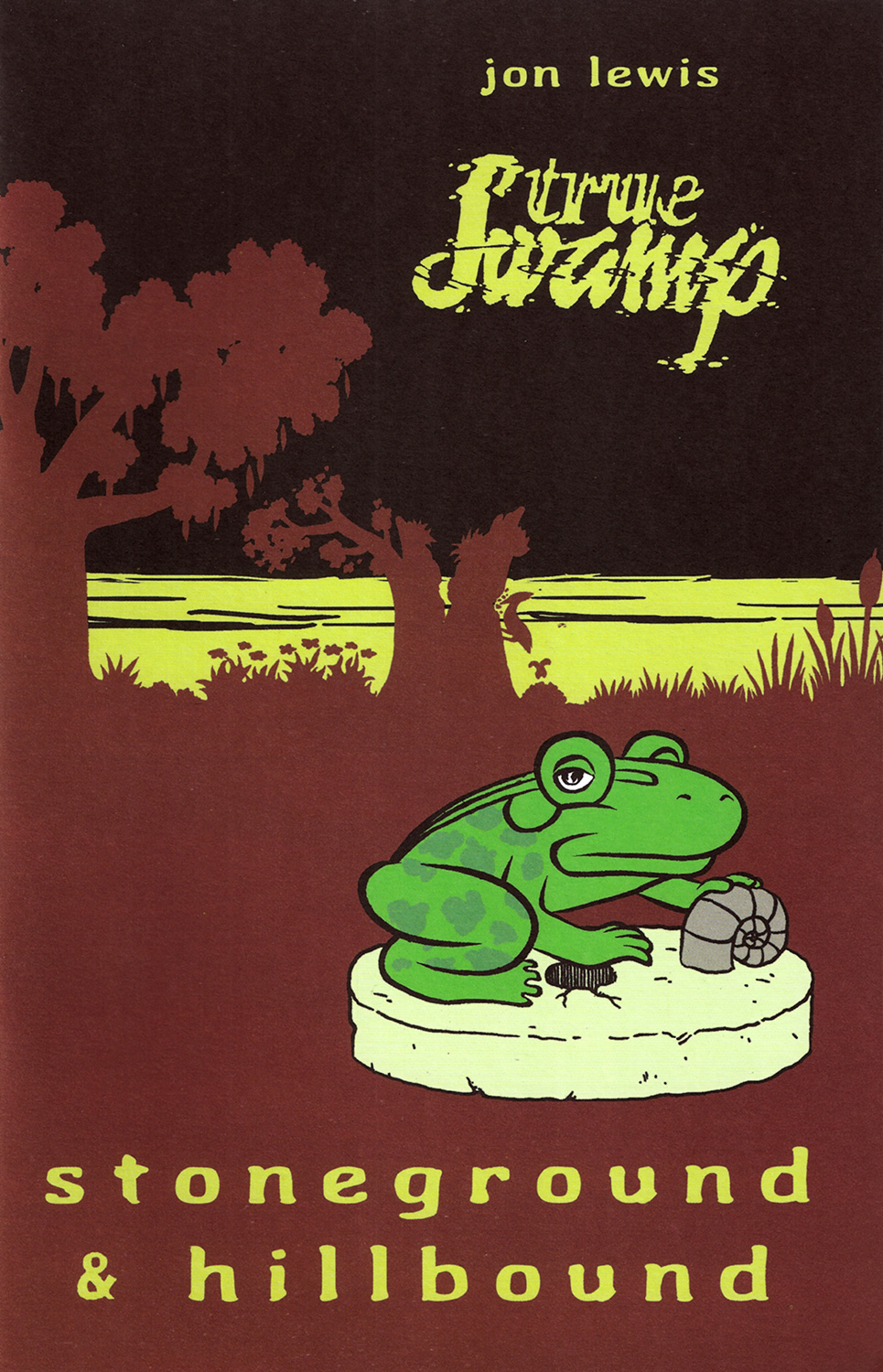 True Swamp: Stoneground and Hillbound is Jon Lewis’ follow-up to 2000’s True Swamp: Underwoods and Overtime, which was named as one of the Top Ten Comics of 2000 on TIME Magazine’s list of the Year’s Best Comics. Like its predecessor, Stoneground and Hillbound is a hefty 64-pager teeming with swampy intrigues, mossy insights and earthy humor. Lenny the Frog, in search of a new job, journeys to the hidden grotto of a visionary sculptor who has mastered the medium of clay but not the medium of social interaction. Next to this creature, Lenny looks like the very picture of balance and sanity – can our frog handle working in such conditions? Meanwhile, we get a good look at Miln the Tortoise’s work-in-progress: a cross-species study of the swamp’s traditions of death and the afterlife. Her latest bit of research has her tracking down a crow-and-marsupial team who are rumored to have actually visited The City: impossible, of course, but then didn’t Lenny the Frog claim the very same thing? Elsewhere, Cartucci, collector of human relics and unscrupulous eavesdropper, learns of the existence of the kind of treasure a collector could gladly give his tail for – unfortunately, it happens to be the central artifact of the swamp’s largest and most fundamentalist religion: the church of Natural Science. True Swamp: Stoneground and Hillbound boasts sharp dialogue, beguiling wilderness settings, characters and societies at once strikingly strange and deeply familiar, and atmosphere you can sink into over your head. Of True Swamp: Underwoods and Overtime, Time.com said: “Simply drawn but deeply imaginative, True Swamp swallows up all those other anthropomorphic animal comics and leaves them behind in a stinking pile… this comic exudes a kind of joy and freedom in its seemingly loose, easy-going construction. And what a relief to see animals that are as likely to eat each other as they are to philosophize about the meaning of life.”