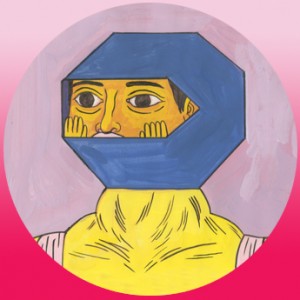 Jesse Moynihan grew up outside of Philadelphia where he spent most of his time drawing and playing music. In 1997 he dropped out of Pratt Institute, got a film degree at Temple University and decided to concentrate on comics. His work has been featured in The Believer, MOME, Vice, Arthur, the Philadelphia Weekly, and various independent anthologies. In 2005 he received a Xeric grant for self publishing. In 2009 he released his first graphic novel, Follow Me through Bodega. His current mystical, sci-fi epic, Forming is published by Nobrow Press in London. Jesse works as a storyboard artist for the Cartoon Network show, Adventure Time.