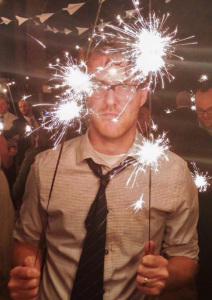 Eddie Wright is an author, comic book writer, blogger, and editor. His work has been called “stunningly original,” “authentic,” “bizarre,” and “brilliant.” You can read his words in a comic series called Tyranny of the Muse, in the novella Broken Bulbs, In Boom!’s Regular Show comics, in the Chrysalis comic series with Jamaica Dyer, and more. In addition to his fiction writing, he has written about comics, movies, and TV for MTV, Redbubble, The FW, Man Cave Daily, and elsewhere. He lives in San Francisco with his wife Erin and their imaginary dog Freddie. He originally comes from New Jersey.