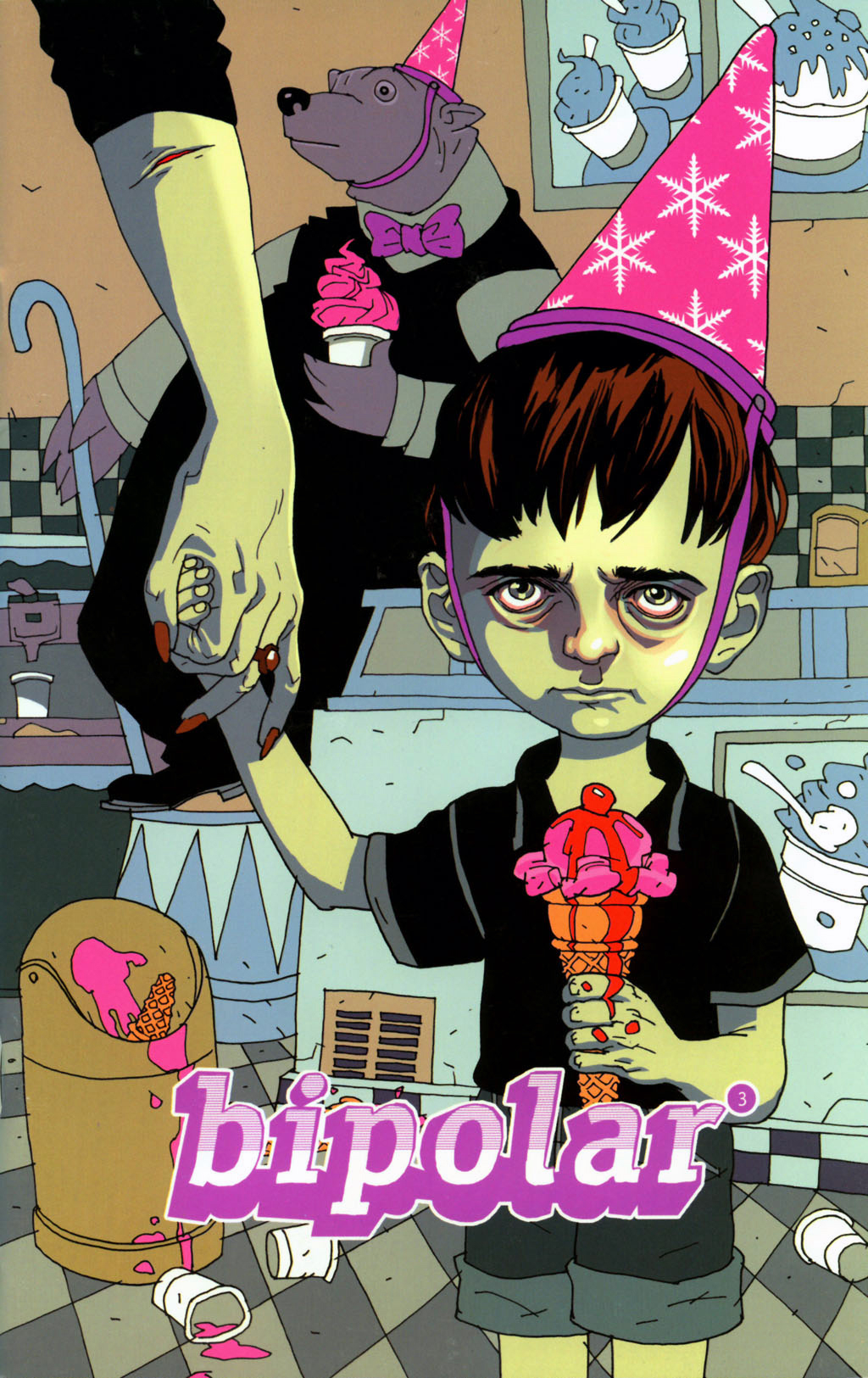 Tomer and Asaf Hanuka are twins. They share a similar genetic structure but were raised in different places. This condition creates a special tension between their stories and styles and is the foundation of Bipolar. Asaf, with writer Etgar Keret is telling the story of Pizzeria Kamikaze about a guy with a broken heart who committed suicide only to find himself at Pizza Kamikaze, a regular day job in a world where everyone died before and now it’s about passing time. Tomer is telling personal stories with a twisted time sense that will put you right now, a year ago, and in the future.

This issue in two parts: Part One: “Pizzeria Kamikaze” continues: suicide casualties Mordi and Ari, embark on a journey to find Mordi’s lost love in their unique after life, a place prohibited only by suicide casualties. On their way they bump into suicide bombers, a girl who has a big secret and a crazy guy who lost his cat. Part Two: “Telekinetic”: ever felt like there was someone else in your house, even when you knew there wasn’t? A chronic stomachache and a picture that won’t stay still pushes our hero to confront this someone and discovers the legend of Shmilove, the world first Telekinetic.

“Each edition has conducted readers on an excursion through curious enviroments, full of sights that conjoin the common and the disorienting and of situations that are at once both ordinary and unaccountable.”
~The Comics Journal