Cupertino, California — Thursday, February 20, 2014 — Independent comic book and graphic novel publisher Alternative Comics has planned its largest array of new books in over a decade — for release in print and digital formats. Several veteran and emerging artists are joining Alternative for their first solo releases with the imprint.

Imminently due to comic and book stores are four previously announced titles. In March: The very well received Kickstarted anthology Big Feminist But will be issued in a second edition published by Alternative with additional material and a new afterword; and, Kevin Scalzo’s Sugar Booger materializes for a second regular issue with environmentally conscious kid-friendly sugary snot drooling from both nostrils. In April: Jed Alexander’s full color children’s comics collection (Mostly) Wordless makes for an odd companion with Steven Cerio’s over-a-decade-in-the-making compilation of obsessively detailed psychedelic comics Sunbeam on the Astronaut.

Coming in June is the 14th issue of Sam Henderson’s long-running funnybook Magic Whistle and Ritual Three: Vile Decay by Malachi Ward – the first comic from Revival House Press to be co-presented with Alternative Comics.

July will see the release of the third Sugar Booger by Kevin Scalzo as well as the first widely-released edition of Megan Kelso’s Unspoken — a collection of little seen short strips from the creator of Artichoke Tales — newly remastered from the original art, featuring several more recent strips not included in the long out of print first edition, which was self-published by the artist.

The spring season also sees a great expansion of Alternative’s digital offerings beyond its own front and backlist. In the first of an ongoing series of ‘digital singles’ — presenting mini, diary, sketchbook, 24-Hour and other limited edition comics to a larger audience at a low price — Alternative releases Noah Van Sciver’s More Mundane – a full-color collection of diary comics originally printed by the artist in an edition of 100.

Steve Lafler — a name long familiar to readers of indie comics for his long-running series Dogboy and Bughouse — has his first ever release with Alternative Comics in the form of the genre-bending story of a man in a manx Cat Suit.

Presented in reverse order of release, these are Alternative Comics’ books scheduled for Spring and Summer 2014. 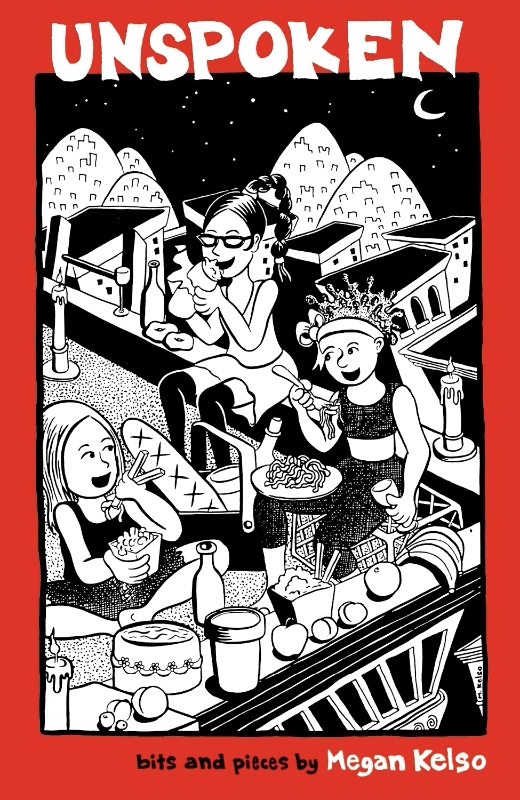 A completely remastered and updated edition of Megan Kelso’s “bits and pieces” compilation Unspoken — originally released as a self-published photo-copied zine in the 1990’s. Contains Megan’s classic short strips that are un-collected elsewhere, including: “My Little Piece of Kurt”, “Celibacy” and “The Alien Birth” 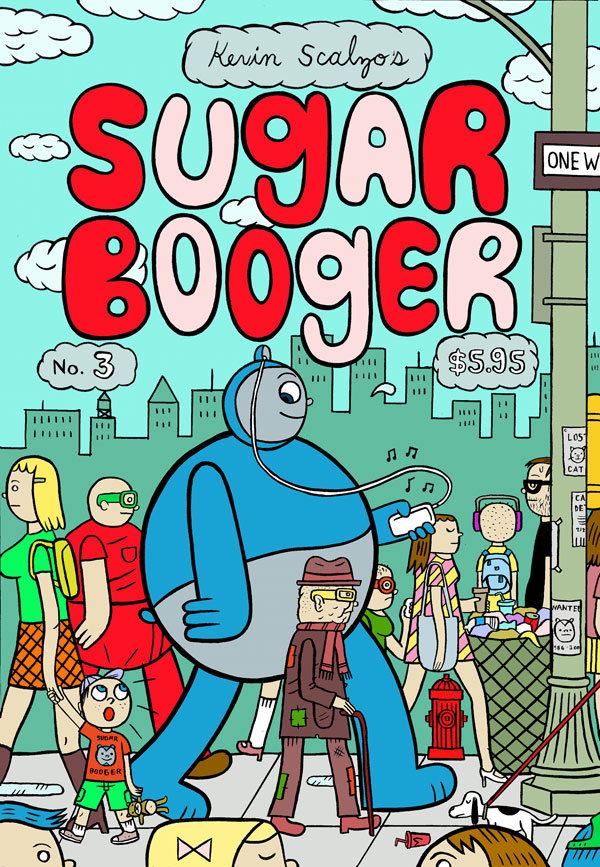 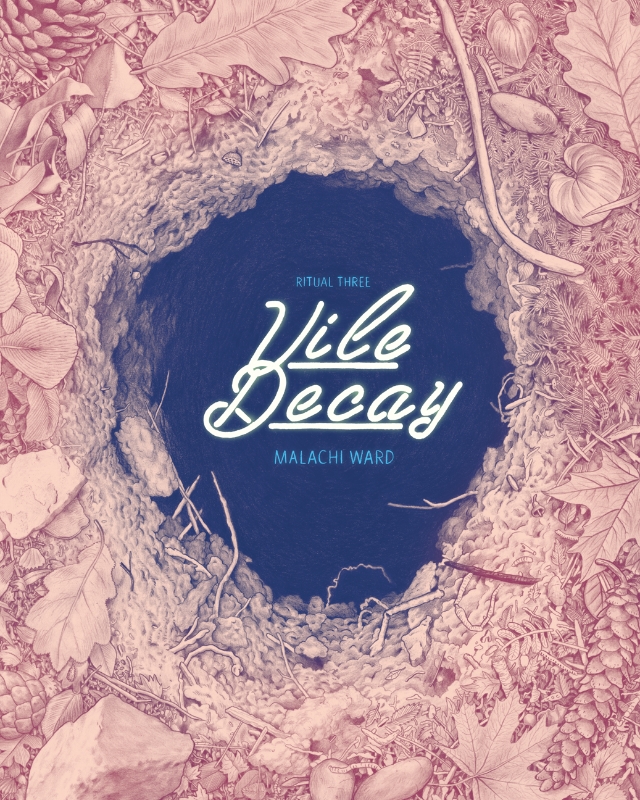 In this stand-alone science fiction tale from Malachi Ward (Prophet, The Scout, Best American Comics) an old woman recounts to her grandson, from the safety of a virtual seaside computer program, how she thinks the world went bad. A Revival House Press production distributed by Alternative Comics. 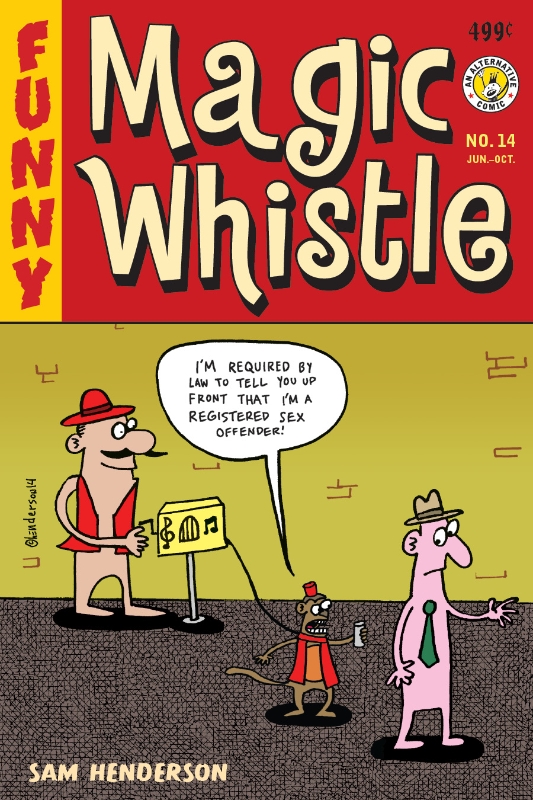 Sam Henderson (Scene But Not Heard, Spongebob Squarepants) returns to his long-running humor anthology for older readers with his cast of knuckleheads. Mr. He Aims to Please, Dirty Danny and Monroe Simmons all show up in this hilarious collection. Sex, drugs and Nancy comics all get sent up in the classic Henderson fashion. Back cover painted by Jess Ruliffson. 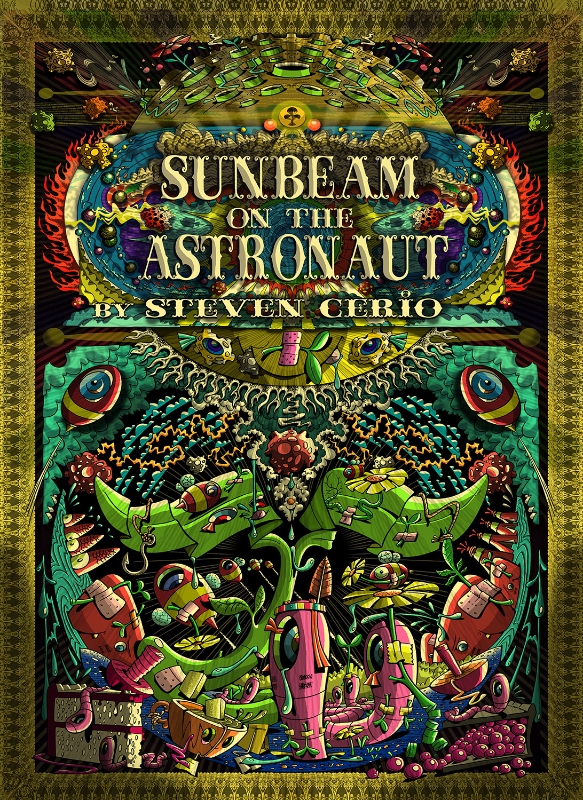 Sunbeam on the Astronaut by Steven Cerio — April, 2014

A long awaited book of all-new, never before published short comics and art by Steven Cerio. The purely hallucinatory graphic album you’ve searched for is here, done in Cerio’s unique cross pollination of tripping visions and skittering twee. These detailed tales are lushly illustrated in his varying approaches used for commercial clients (Nickelodeon, Warner Bros etc.) and music acts (The Residents, Moe, Les Claypool, Ministry, etc). These miraculous poetic narratives and free form meditations owe as much to the ghost of Arthur Rimbaud as to Captain Beefheart. 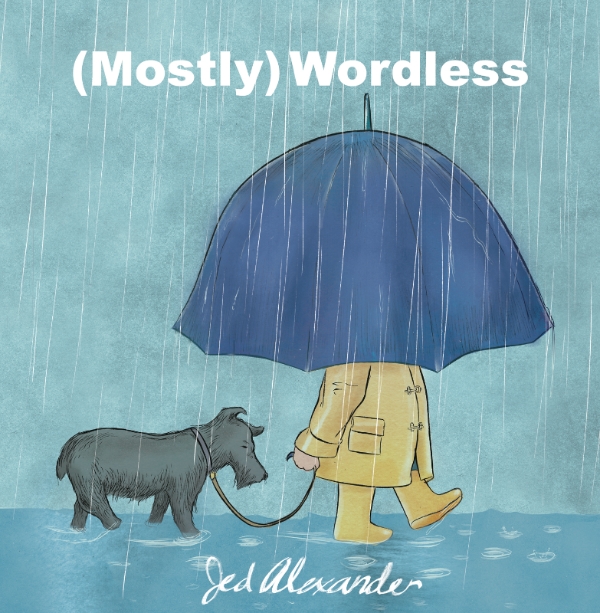 An all-ages comic book filled with stories, short vignettes and character sketches told with either no, or few words. Stories include: “Ella and The Pirates”, “Rainy Day” and “The Dancer”. 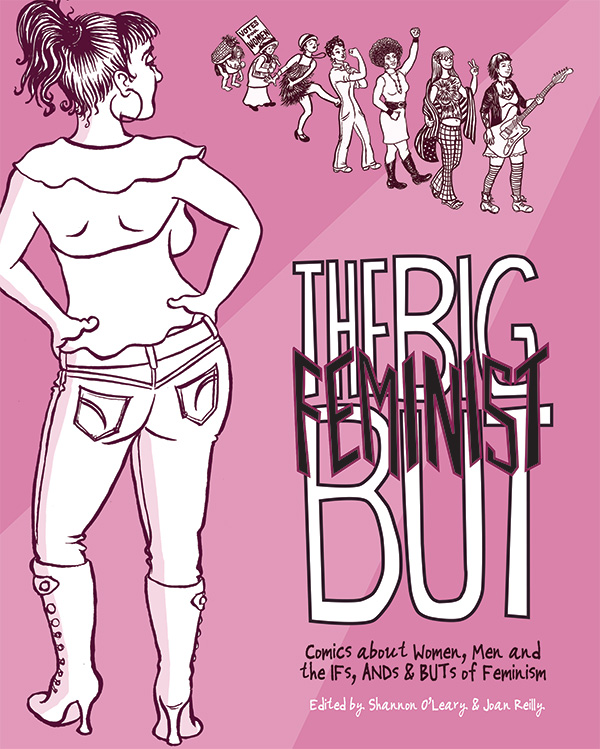 The Big Feminist BUT: Comics about Women, Men and the IFs, ANDs & BUTs of Feminism is an anthology that asks: What do we really mean when we say, “I’m not a feminist, BUT…” Comics by Lauren Weinstein, Jeffrey Brown, Sarah Oleksyk, Gabrielle Bell, Justin Hall, Ron Rege Jr., Vanessa Davis, Josh Neufeld, Andi Zeisler, Angie Wang, and a whole lot more. This second edition features additional comics and a new afterword. 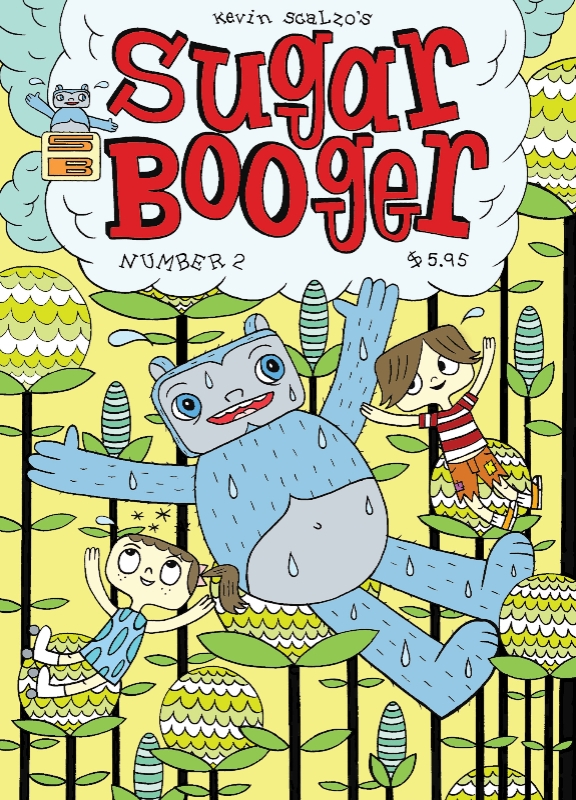 Your favorite candy makin’, booger eatin’ bear is back! This time around he’s distraught over the environment! That’s right, something is polluting his beloved countryside! 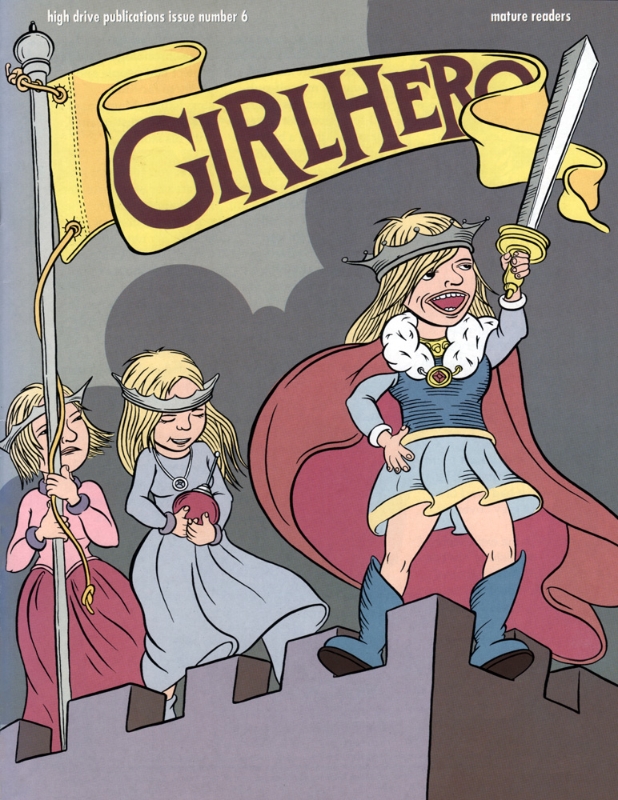 Megan Kelso’s groundbreaking solo anthology series Girlhero will be replicated in digital form by Alternative Comics — ads and all — in six bi-monthly installments. The original self-published magazines from 1993-1996 have long been out of print. This will be the only form that the never-collected “Bottlecap” story — which was serialized over all six issues — will be available in. Arrives in Spring, 2014 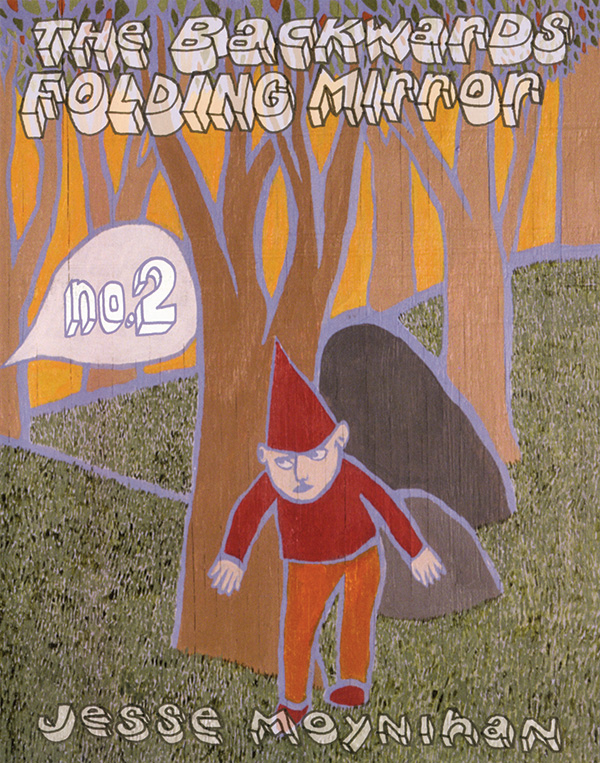 Forming and Adventure Time artist Jesse Moynihan seemingly sprang out of nowhere fully formed as a great cartoonist with his first major work – The Backwards Folding Mirror. Originally published from 2005-2009 across two issues as a comic book and concluding with the graphic novel Follow Me. A tale that begins with a surreal series of vignettes, revolving around a cone-hatted no-one, and his experiences with the forces of nature; and the nature of the displaced, concludes with meditations on reincarnation, non-duality, ultimate raps, time travel, lost friends, the holy grail, Shamballa, communication breakdowns, city violence, early man, vril power, the holographic universe, domestic comforts, the ego, and free jazz. Backwards Folding Mirror will be released bi-monthly from April, 2014 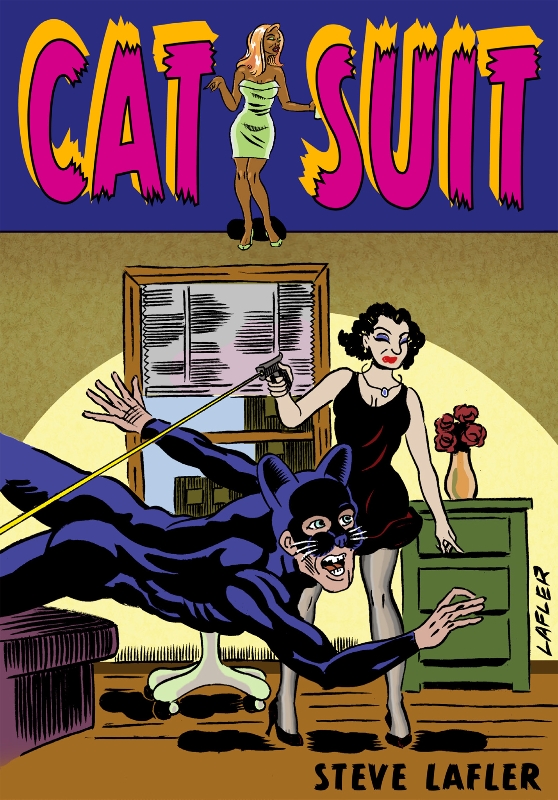 What kind of whack job would put on a mask and a skin-tight suit and head out into the city after midnight? I mean, what is this guy really up to? What pathology, what perverse proclivity are we dealing with here? Is he fighting crime? Of course not, he’s just going clubbing—and he’s frankly perplexed when the aggressive bar flies & drunks single him out. The guy in question is Manx, a costumed cat man. 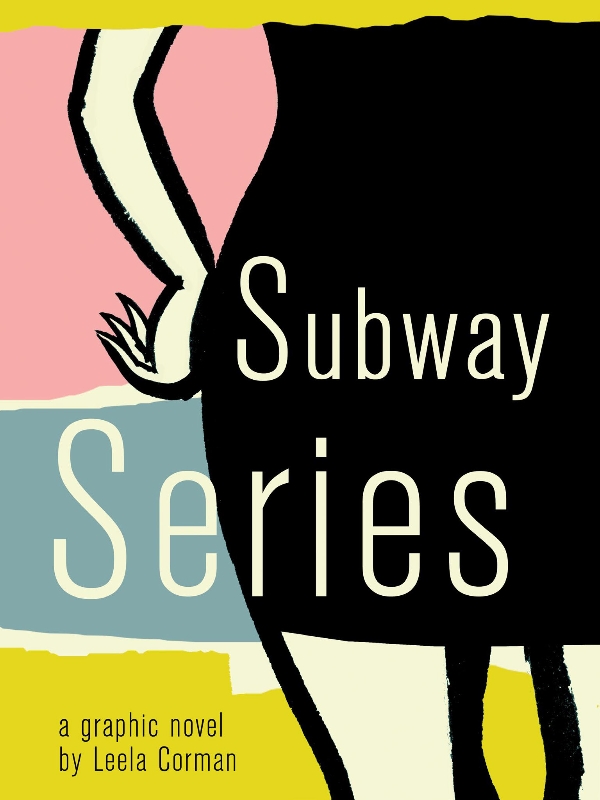 The debut graphic novel from the creator of Unterzakhn. Leela Corman’s September 2002 graphic novel Subway Series follows the exploits of Tina, a frustrated sixteen-year-old city girl whose affections are divided between two guys. The problem is, one has an out of town girlfriend and the other is a complete jerk. Add to that a cruel adversary whom she once called a friend who’s out to humiliate her, and now confused Tina doesn’t know which way to turn. Available on ComiXology, iBooks and Kindle from February 26. 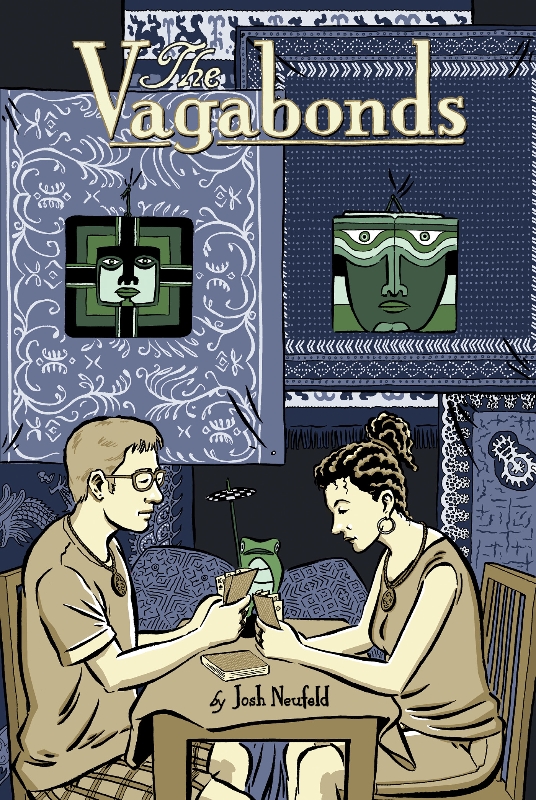 In The Vagabonds, Josh Neufeld uses gentle humor and a keen eye for revelatory detail to explore religion, global politics and the mysteries of everyday life, in locales as diverse as the Thai countryside, San Francisco and New York City. Available on ComiXology, iBooks and Kindle from February 26. The Vagabonds #2 will be released digitally by Alternative Comics later in 2014. 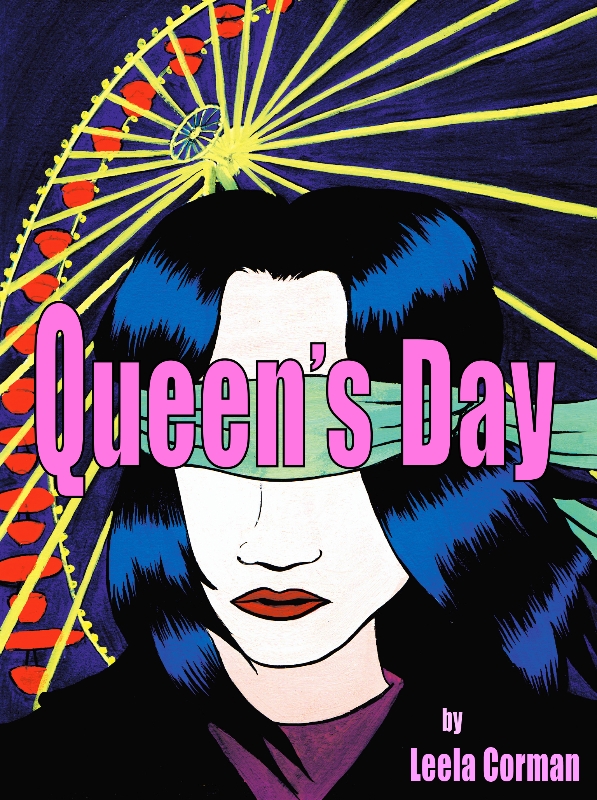 A quiet stroll through the lives of three girls on the verge of something big, drawn in a loose calligraphic style. Three tales of hiking, Russian forest witches, and Dutch people. A collection of unconnected stories about girls in ephemeral landscapes – one dreaming, one grieving, one stuck. Queen’s Day explores our internal landscapes and private moments in a painterly, expressionistic drawing style. Fall 1999 Xeric Foundation Grant winner. Queen’s Day is on sale now from ComiXology, iBooks and Kindle. 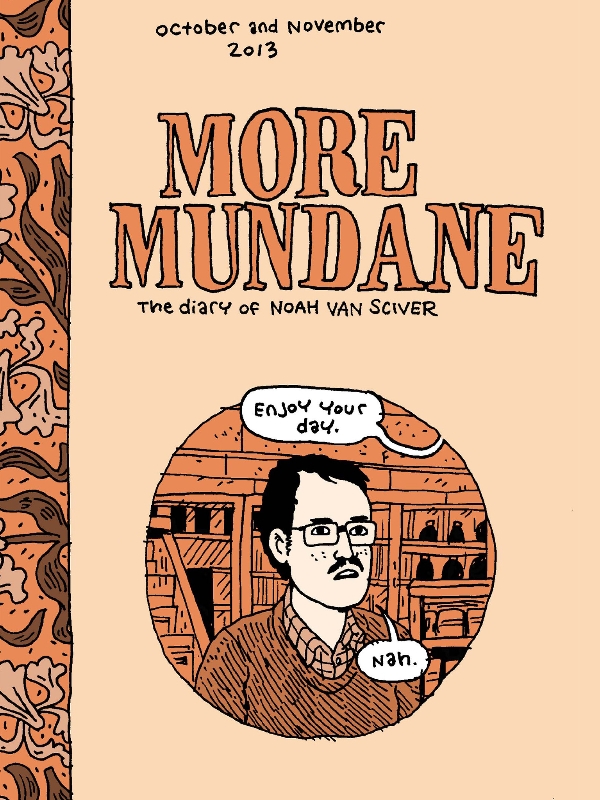 More Mundane began one late September morning with a tiny sketchbook and an impulse. Noah Van Sciver then proceeded to transform the struggles and victories of daily life into a series of quietly poignant revelations interspersed with comedy. More Mundane was printed by the author in an exclusive 100-copy run, and will not be printed again. It is only available in this digital edition. More Mundane is on sale now from ComiXology, iBooks and Kindle.